mods is a software tool developed by MIT's Center for Bits and Atoms (CBA) to help build digital fabrication workflows in a modular way. It focuses primarily on machines available in Fab Labs, such as laser cutters, vinyl cutters, and CNC mills. It is also one of the tools featured throughout the How to Make (Almost) Anything course and Fab Academy.

You can use mods, for example, to take a digital design in one file format, convert it into another, apply an algorithm to generate code that a machine can understand, and then send that code directly to a connected instance of that machine. These steps are each managed independently and can be mixed and matched to get an endless number of workflows. 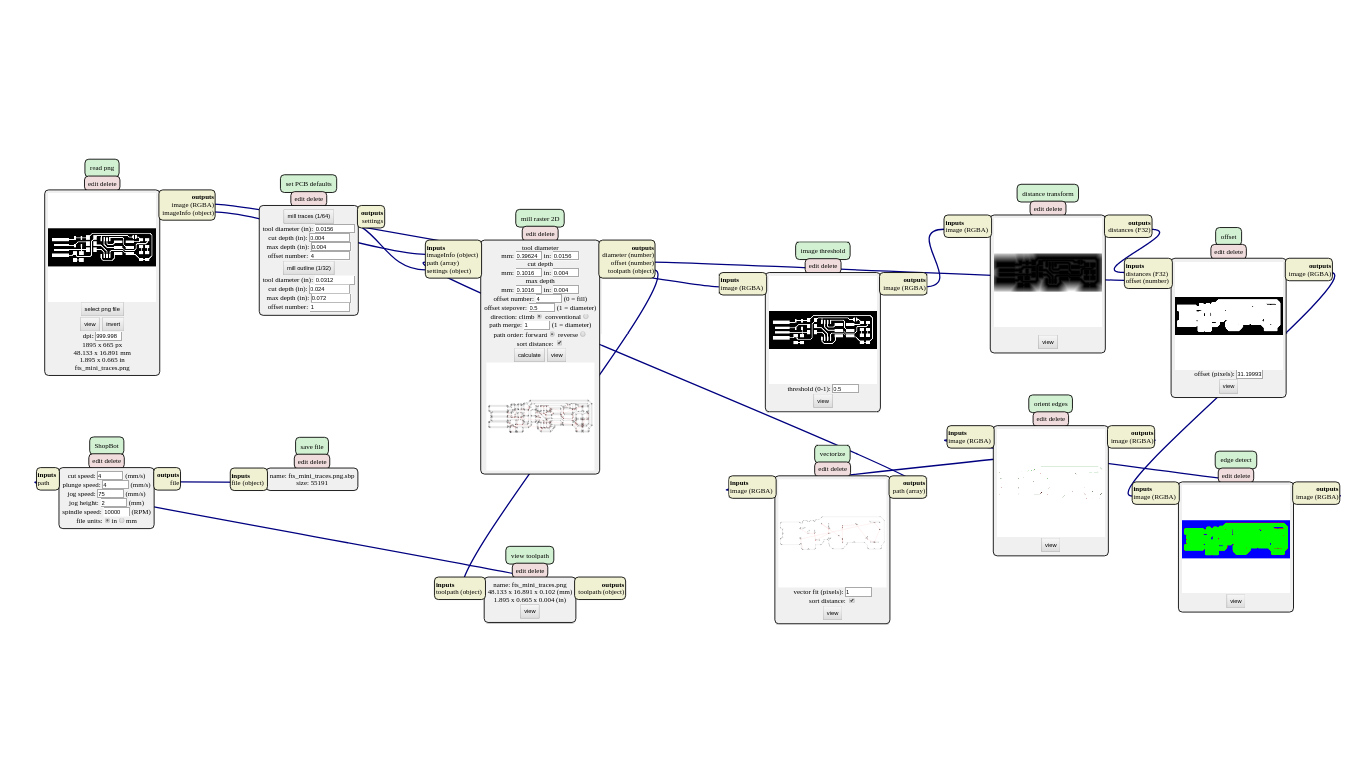 mods rhymes with pods and is usually spelled with a lowercase m unless at the beginning of a sentence (or use Markdown backticks to avoid the issue altogether). The name is a hint at the tool's emphasis on modular architecture.

As of this writing (March 2020), mods has two versions, which will eventually be merged into one:

This wiki serves as a resource for both despite the (mostly minor) differences in the UI and some functionality.