Regarding Using Final Board || Confusion

Hi. I have been facing trouble due to a confusion. I would like to clear that issue since its generating conflict in global evalution. So here is the scenario. I had fair clearity about my final project through beginning and electronic design was new to me since I belong to design & art background. Also I faced lot of difficulty in soldering as I only work with one hand during Electronics Production and Electronics Design week. I had to take help of others. But I was keen to learn to do it all by myself. I wanted to work on my final project as well. Thus I started designing and making boards towards Final Project since after week 8 along with other assignments. The only intention was to work towards final project and also complete the assignments. Below is the picture of almost all the boards which I made during this period. 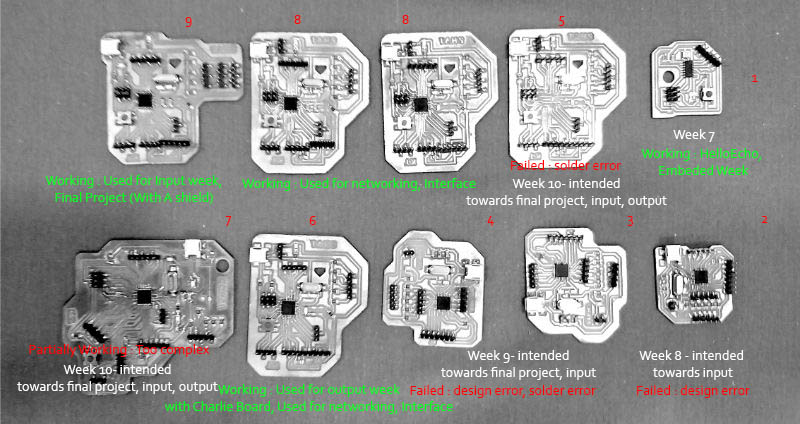 Here is the confusion : I used board number 1(with reference to attached image) for Embeded programming (Which is approved.) After that I made board 2, 3, and 4, 5(I ruined the 328p)... None of them worked properly but I got better at soldering atleast. But then I again analysed all the boards and realised mistakes. Then finally got success with board number 6 at week 11. It worked with Flex Sensor with this board but didn't work with purchased one. I realised the problem. I modified it and used it (board 9) for input week. I used board 6 in 'output' week with 'charlieplex module- I designed and milled it'. Then with few minor changes I made boards 8 and 8 (idential) and used it for networking. Is it okay to work like this ? I mean I have made final board on before hand and also used it for Input week.

**In nutshell, the following list shows list of all boards and why I did that. Do I still need to make new board for every assignment (ie. input and output and networking (suggested by global reviewer)). Feedback was given that I have to show that I completed week 11 before and Final Project ie. I can't use base board of my project in input week. **

Final Board with Shield : 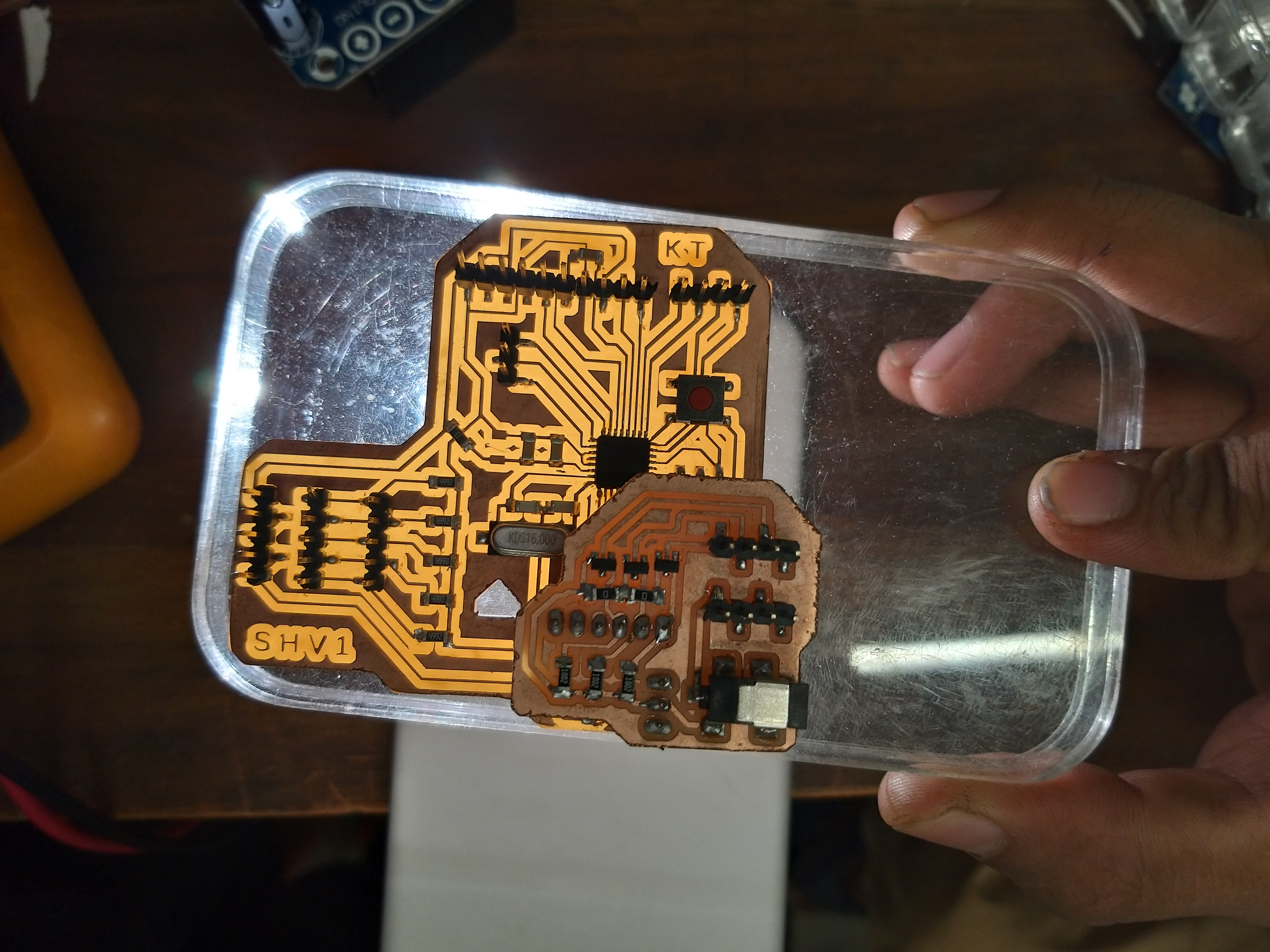 Charlieplex Module that I designed : 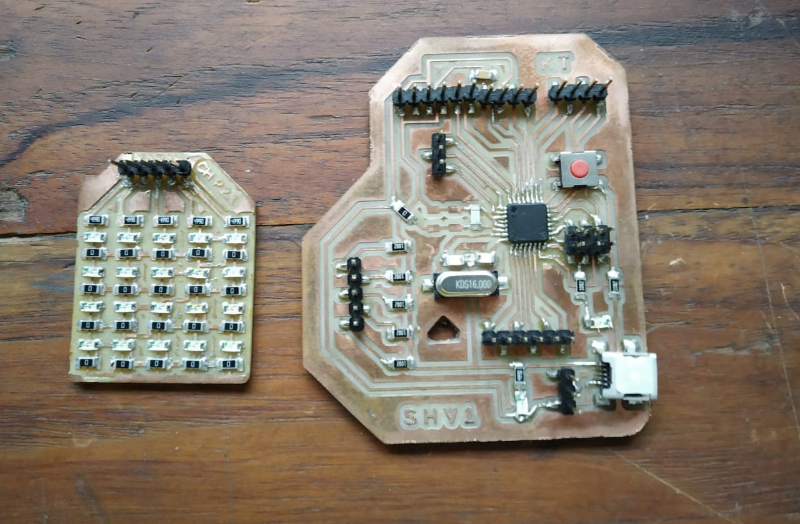 My Question is : Is this way of using boards (ref. list above) sufficient to Pass/Approve or Do I have to remake the boards ? (My only intention was to go towards final project earlier and work with valves and pnuematic system earlier.)

(Also note that I am about to go 100s of miles for about a year (till next july) for my internship very soon. Thus it might be difficult to do it later. I still make changes in documentation remotely.)